Out of this World premiere

Out of this World, the new Ringling Bros. and Barnum & Bailey circus from Feld Entertainment, with an original score by Michael Picton, premiered at the Los Angeles Staples Center on July 14, 2016. For the first time in Ringling Bros. history, the show uses an ice performing surface, featuring thrill skaters in addition to unbelievable performances by gravity-defying acrobats, majestic animals and hilarious clowns, with acts seamlessly transitioning from floor to air to ice. 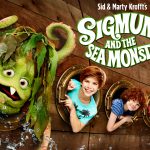 Sigmund and the Sea MonstersNews 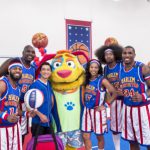