Deep in the bayous of Louisiana exists a unique place, not a city, not a town, but a slight stretch of land known as Little Chenier. Over a century ago, the French settled here in the marshlands along the Gulf Coast, with their language and customs in tow. Over time, this mix of French and local English traditions evolved into a distinct culture of its own that is now known as Cajun. LITTLE CHENIER is a Cajun story of two brothers, who have no one but each other. Beauxregard “Beaux” Dupuis and his mentally disabled brother Pemon try to make ends meet at their local bait shop. LITTLE CHENIER takes you on a poetic journey into the hearts and homes of all who live in Cajun Country. 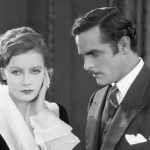